In Memory of
Kenneth D.
Wynn
1959 - 2018
Click above to light a memorial candle.
Memorial Candle Tribute From
Northern Colorado Crematory
"We are honored to provide this Book of Memories to the family."
View full message >>>
Send Flowers
Menu

In the event that there is an error
in the information presented,
please contact the funeral
home by clicking here. 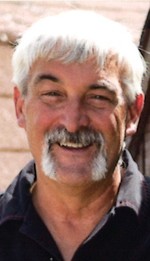 Growing up in Albuquerque Ken graduated from Eldorado High School and then attended TVI; receiving a mechanics certificate. Ken worked for many years as a mechanic in the automotive world, HVAC, and industrial machinery. He was well known for his diagnostic skills, his ability to fix most anything and continued to develop his skills achieving the level of Master Tech in 2012.
On March 7, 1997 Ken married Toni Knight then made their home back in Colorado. Ken had many hobbies including camping, fishing, hunting, hot air balloons, but mostly just enjoyed being home and tinkering. Ken belonged to the Christian Motorcycle Association being a former vice-president and road captain. He was also a member of the Vineyard church.
Ken’s family life included and will be missed by Janel (Peterson) Trumble and husband Jeremy, David Wynn and wife Jenny, Rylon Peterson and wife Christina, Amy (Wynn) Creek and husband SFC Ben Creek.
Grandpa, Copper, Papa will also be missed by Ben, Destiny, Logan, Bryan, Dana, Kyla, Stephen, Alexis, Jacob, R.J, and Scarlette.
Will also be missed by his mother Jo Alice Wynn and mother-in-law Joyce Knight, sisters Kathy Williams, Karen Daniels, Krissie Smith and husband Wes, Aunt Janet Watson and many cousins, nieces and nephews.
Ken’s Last Ride will begin at 42350 WCR 37 Ault, CO 80610 on Friday October 5, 2018 at 3:00p.m. The family have asked that friends and family return to the home site to share a meal, celebrate Ken’s life sharing stories and conversation, at dusk light a floating luminary to send a message to Ken.
Memorial wishes can be sent to Northern Colorado Crematory 700 8th Street, Greeley, CO 80631.

To send flowers to the family or plant a tree in memory of Kenneth D. Wynn, please visit our Heartfelt Sympathies Store.