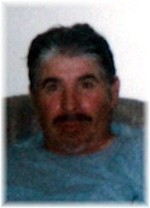 Jerry was born in Longmont, Colorado to Mike & Helena (Archuleta) Gonzales on August 3, 1954.

Jerry worked hard all of his life. Jerry was a farmer, Janitor / handyman.

He was preceded in death by his grandparents; parents; uncles and aunts; brother; Fillmon Gonzales, many nephews and nieces.

A Celebration of Life will held at a later date.