To share your memory on the wall of Iva Lewis, sign in using one of the following options:

Provide comfort for the family of Iva Lewis with a meaningful gesture of sympathy.

A master baker, Iva became well known for her decadent cinnamon rolls, and prize-winning pies. A master storyteller, she could keep any group of people on the edge of their seats about everything from life during Dust Bowl to her conversation with a pilot at the airport.

It was a skill she passed along to her children and theirs. When she wasn’t telling a story, she would be laughing like only she could at someone else’s. Her kitchen was modest and small, but it was so warm, so entertaining, and so full of life that became a refuge for so many people in Nunn. She was a magnet that kept the town connected.

But her true legacy was her career in elementary education. It was a job she picked up later in life as her sons went off to serve overseas in the military. Right away, though, it was clear that her ability to connect with people and make stories out of life made her an exceptional teacher.

The district sent her young students who were struggling in school and over her 30 years in education, she helped countless children learn how to read – some of whom never thought they could. Several of them have reached out to tell the family how much she changed their lives.

She was preceded in death by her husband; sons, Howard & Michael Lewis; parents; and 7 siblings.

In lieu of flowers the family would like contributions to go to Doorkeeper Ministries. Www.doorkeeperministries.com/donate.html
Read Less

We encourage you to share your most beloved memories of Iva here, so that the family and other loved ones can always see it. You can upload cherished photographs, or share your favorite stories, and can even comment on those shared by others.

Flowers were purchased for the family of Iva Lewis. Send Flowers 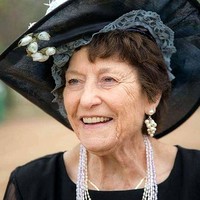 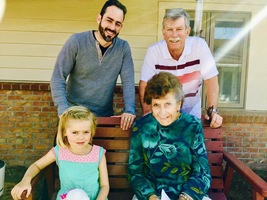 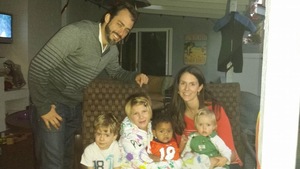 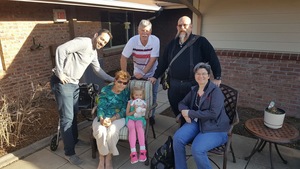