To share your memory on the wall of Danny Looney, sign in using one of the following options:

Dan grew up on his parents farm in Looneyville, West Virginia, which is an unincorporated community near the Flat Creek of the Pocatalico River in Roane County. This community was settled by Dan’s ancestor, Robert Looney, who died there in 1870.
Robert Looney traveled to the area from Virginia where his parents (John Looney & Elizabeth Llewellen) settled in 1769 from Maughold Parish, Isle of Mann, Ireland/England.

After graduating high school in Spencer, West Virginia, Dan served his country in the Air Force and also met Evelyn Smith who he married in the late 1960’s and had two children (Heather & Patrick). Dan’s family settled and grew in Kalispell, Montana where Dan’s welding business, Anvil Welding, thrived. Later Dan and Evelyn divorced and he moved to Carson City and then Las Vegas, Nevada and retired to Grangeville, Idaho.

Dan lived a peaceful life enjoying nature at his home in the mountains for many years until his untimely death. Dan enjoyed helping his friends round up cattle near his house when they needed an extra hand and told great stories of his adventures.

Dan will be remembered for his contagious ever-present smile and magnetic personality. He was one of the kindest people you could ever meet and he will be deeply missed by his friends, family and all who knew him.

He was preceded in death by his parents; and 7 siblings.
Read Less

Receive notifications about information and event scheduling for Danny

There are no events scheduled. You can still show your support by sending flowers directly to the family, or planting a memorial tree in memory of Danny Lee Looney.
Plant a Tree

We encourage you to share your most beloved memories of Danny here, so that the family and other loved ones can always see it. You can upload cherished photographs, or share your favorite stories, and can even comment on those shared by others.

Posted Aug 10, 2019 at 08:06pm
To Dan’s family:
We share similar histories. My name is Bill Looney. I will be 66 in October. Our family left the Isle of Mann in 1720. My family settled in Tennessee and John Looney was one of several founders of Knoxville. Previously, the family was in Virginia, West Virginia, and maybe another state.
John Looney had 3 sons. John Jr. stayed on the farm through 1844. His brother Jesse came to Oregon in 1843, with missionaries Marcus and Narcissa Whitman. Jesse settled with Mary Bond Looney, his wife, in Jefferson, Oregon, in Marion County, not far from Salem. William Looney, the third brother settled a farm closer to Salem.
Anthony and Mary Looney settled a farm in Linn County, near Albany. My great grandfather Bill and my grandfather Jed were raised there. All were donation land claim farms. Linn County farm-1860.
My father Thad and mother Louise started a 650-acre farm southeast of Corvallis. I farmed with Thad and I married, having two sons. My younger son is starting a wholesale brewery on the farm. My grandson is the eighth generation Looney living in Oregon.
Dan looks like a Looney that was in my extended family in Washington state.
Much condolences and love from Oregon,
William and Maureen Looney
Comment Share
Share via: 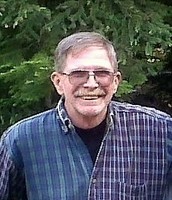