To share your memory on the wall of Donald Konrade, sign in using one of the following options:

Don loved everything NASCAR, Dale Earnhardt, the Denver Broncos, and Harley Davidson Motorcycles. Don’s time outside of work was spent enjoying the outdoors fishing, hunting, and working on late model vehicles. Don also made custom knives, stained glass, and metal artwork. Don loved his family very much! Don had an infectious laugh and was the life of the party. His humor and shenanigans will be greatly missed. Don graduated from Denver public schools and then went on to work as a forklift mechanic/welder at Kodak Colorado, Carestream, Crown Lift, and Welch to name a few. Don also was co-owner of Alley Arts & Collectibles in Eaton with his family until 2015

Don is preceded in death by his parents and sister Sharon Konrade.

To plant a memorial tree in honor of Donald Konrade, please visit our Heartfelt Sympathies Store.

Receive notifications about information and event scheduling for Donald

There are no events scheduled. You can still show your support by sending flowers directly to the family, or planting a memorial tree in memory of Donald Konrade.
Plant a Tree

We encourage you to share your most beloved memories of Donald here, so that the family and other loved ones can always see it. You can upload cherished photographs, or share your favorite stories, and can even comment on those shared by others.

Plant a Tree in Memory of Donald
Plant a tree 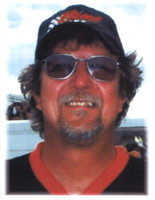