To share your memory on the wall of James Conley, sign in using one of the following options:

Provide comfort for the family of James Conley with a meaningful gesture of sympathy.

James graduated Dalhart High School in 2009. In 2015, he began working in the oil industry and moved to Greeley, CO where he resided until his passing. James was known as an incredibly hard worker. Someone who every boss hoped to have on his team. He loved loud rock music and going to concerts as much as he loved every horror movie ever made. If you had the pleasure of knowing James, you’ve likely been subjected to at least one classic, yet cheesy, horror film. He loved people, and he never met a stranger. He showed his love for those around him daily and openly with frequent calls, texts and visits. His laugh was as loud as his personality and will continue to echo in the hearts of those who knew him.

James is survived by his parents; siblings, Tyann, Chris, and Jeremiah (Charity) Conley; and a large loving extended family.

He was preceded in death by his grandparents.

A Celebration of Life will be at Peacock Funeral Home in Lamar, Colorado on Monday, February 3rd, 2020 at 11:00 am.

In lieu of flowers, a GoFundMe page has been set up in his honor to help his parents cover final expenses.
Read Less

We encourage you to share your most beloved memories of James here, so that the family and other loved ones can always see it. You can upload cherished photographs, or share your favorite stories, and can even comment on those shared by others. 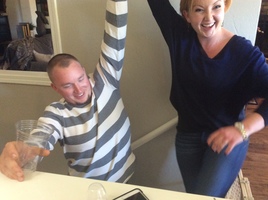