To share your memory on the wall of Richard Osborne, sign in using one of the following options:

Provide comfort for the family of Richard Osborne with a meaningful gesture of sympathy.

Print
On Saturday, April 25, 2020, Richard “Rick” Lloyd Osborne passed away in his home in Greeley, CO. He was a loving husband and father of 4 children. He passed away at the age of 74.

Rick was born on July 23, 1945 in Burbank, CA to Maxine and Milton Lloyd Osborne. He is a Navy Veteran and was a proud member of the Sea Bees. Rick’s career took many different paths; HVAC mechanic, Facilities Manager, and Real estate agent. On November 22, 1969 he married Bonnie Jean Osborne and they raised 4 boys, Chuck, Tom, Mike, and Chris in San Jose, CA.

Rick had a passion for any kind of mechanics, he especially enjoys car mechanics. Rick could always be found working on a car, building a fence, a patio or performing a job around his home or the house of the neighbors around him. In retirement he was especially proud to be the mechanic for a local race group in Greeley, CO. He will forever be remembered for using his gifts to help other people.

Rick was preceded in death by his mother Maxine and father Milton Lloyd. He was survived by his wife Bonnie; his 4 children Chuck, Tom, Mike, and Chris; 3 grandchildren, Josh, Sarah, Seth; and Sister Cindy.

It was at Rick’s request not to have a service and we will be upholding that request. Although we will be having a small get together at his house in Greeley because we really don’t listen too well.
Read Less

Receive notifications about information and event scheduling for Richard

There are no events scheduled. You can still show your support by sending flowers directly to the family, or planting a memorial tree in memory of Richard Lloyd Osborne.
Plant a Tree

We encourage you to share your most beloved memories of Richard here, so that the family and other loved ones can always see it. You can upload cherished photographs, or share your favorite stories, and can even comment on those shared by others.

Posted May 26, 2020 at 07:26am
Wishing you peace to bring comfort, courage to face the days ahead and loving memories to forever hold in your hearts. The Radiation Oncology Family 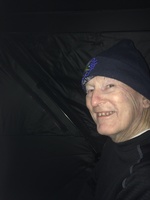 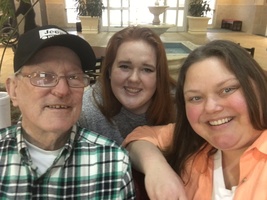 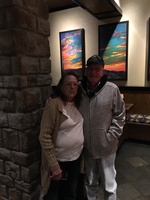