To share your memory on the wall of Florence \'Peggy\' Pope, sign in using one of the following options:

Print
Florence “Peggy” Pope, 91, of Fort Collins, Colorado, passed away peacefully on May 27, 2020 in Fort Collins.

After graduating from... Read More
Florence “Peggy” Pope, 91, of Fort Collins, Colorado, passed away peacefully on May 27, 2020 in Fort Collins.

She was preceded in death by her parents; and siblings, Bruce and Jim Pope, and Adeline McConnell.

A Celebration of Life will be held over Zoom on Saturday, June 27 at 2:00 p.m. Mountain
Daylight Time (4:00 Eastern). If you would like to attend, write to
ross.mcconnell.acns@gmail.com to get a Zoom invitation.
Read Less

Receive notifications about information and event scheduling for Florence 'Peggy'

There are no events scheduled. You can still show your support by sending flowers directly to the family, or planting a memorial tree in memory of Florence 'Peggy' Pope.
Plant a Tree

We encourage you to share your most beloved memories of Florence 'Peggy' here, so that the family and other loved ones can always see it. You can upload cherished photographs, or share your favorite stories, and can even comment on those shared by others.

Plant a Tree in Memory of Florence 'Peggy'
Plant a tree 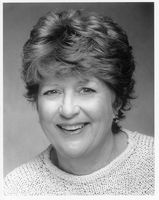