To share your memory on the wall of Alan Joseph, sign in using one of the following options:

Alan is survived by his parents, Jack and Barbara Joseph, his children Sarah Canas,( Richard) and Isaac Rulla (Kaila), his step children, Jacob Rulla and Rachel Rulla a... Read More
Alan Joseph, 58, passed away at his Greeley home on June 25, 2020.

He was preceded in death by his grandparents, uncles and aunts and his beloved dog, T-Bone.

He was a long-time heavy equipment operator and truck driver working in the oilfields of Colorado, Kansas, Wyoming, North Dakota, California and Oklahoma. Alan was known as a congenial, hard worker.

Alan was an avid Bronco and Rockies fan, plus rooted for the Kansas City Chiefs.

Alan enjoyed displaying his extensive James Dean memorabilia collection along with his many family heirlooms, knowing the history of all. He enjoyed sharing those stories with others and reminiscing.

He was fortunate to be close to both sides of the family growing up which instilled lifelong bonds that he cherished.

He kept up with family and friends by calling them out of blue to check in or “shoot the breeze” as he would say, unless it was a Bronco-Chiefs game, that rivalry call to his cousin was never missed.

Alan will be missed as a beloved son, brother, family member and friend.

A Celebration of Life will be planned at a future date.
Read Less

Receive notifications about information and event scheduling for Alan

There are no events scheduled. You can still show your support by sending flowers directly to the family, or planting a memorial tree in memory of Alan Dean Joseph.
Plant a Tree

We encourage you to share your most beloved memories of Alan here, so that the family and other loved ones can always see it. You can upload cherished photographs, or share your favorite stories, and can even comment on those shared by others.

Posted Jun 30, 2020 at 07:18pm
I'm remembering growing up with Alan and playing games together when your family first moved to Eaton. Sorry for your loss

3 trees were planted in the memory of Alan Joseph 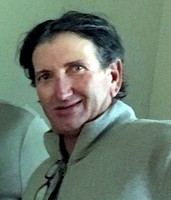