To share your memory on the wall of Carol Wolfe, sign in using one of the following options:

It was during her high school years that she met Frank C Wolfe. He was employed at an auto repair shop near St. Francis High School and Carol, along with her older sister, Janice, walked by there on their way home each day. One day, Carol’s father needed help with their car, and it was Frank who came to help. Soon after, he asked Carol out on a date to which she accepted. One of their first dates was out for pizza and Midnight Mass. Frank also gave her a huge stuffed rabbit as a gift. They later married on May 9, 1959.
With her husband working for the railroad at the time, they found much of their early married life taking place in many different states including Colorado; Kansas City, Missouri, where their oldest son was born; Minneapolis, Minnesota, where their oldest daughter was born; and back to Denver where 3 more children were born – 2 daughters and 1 son. All were approximately 1 year apart in age except for the baby of the family who was born 7 years later. Carol also became a firefighter’s wife when Frank, Sr., took on a secondary job as a Volunteer Firefighter in Adams County.

When the youngest of their children was 3 years old and all the other children were in elementary school, Carol began teaching preschool in Northglenn, where she could take the youngest with her. She later became an accounting clerk at JCPenney’s and J.M. McDonald at the Northglenn Mall. In 1983, after the older children were out of school, Carol and Frank made the move from Northglenn to Greeley to start a business with Frank’s brothers. Carol acquired an accounting clerk position at Montgomery Wards at the Greeley Mall where she worked until 1986. She later worked as a receptionist at First United Presbyterian Church in Greeley. In 1999, she retired from the church to become a homemaker and caregiver to 3 grandchildren, 4 grandnieces and grandnephews, and 2 children belonging to a family friend. As her husband became ill, she also became his primary caregiver until his death in 2016.
\
Most of all, Carol enjoyed her family and gathering for special occasions. Many of those gatherings included games of Scrabble or Yahtzee, which were her favorite. She especially enjoyed teaching and playing these games with her grandchildren. She also enjoyed TV Jeopardy and Wheel of Fortune and was so good she probably could have won had she gone on as a contestant. Carol was also fond of music. She played the organ throughout most of her life. Some of her favorite artists to listen to were Elvis Presley, Engelbert Humperdinck, and Neil Diamond.

A celebration of Carol’s life will be held at a later date. Because of her fondness for butterflies, the family asks that any donations be made in honor of Carol to the Butterfly Pavilion, 6252 W 104th Ave, Westminster, CO, 80020, or on their website at https://butterflies.z2systems.com/np/clients/butterflies/donation.jsp?campaign=20&
Read Less

To plant a memorial tree in honor of Carol A Wolfe (Uberecken), please visit our Heartfelt Sympathies Store.

Receive notifications about information and event scheduling for Carol

There are no events scheduled. You can still show your support by sending flowers directly to the family, or planting a memorial tree in memory of Carol A Wolfe (Uberecken).
Plant a Tree

We encourage you to share your most beloved memories of Carol here, so that the family and other loved ones can always see it. You can upload cherished photographs, or share your favorite stories, and can even comment on those shared by others.

Posted Aug 22, 2020 at 03:20pm
I met Carol 13 years ago at Walgreens in Evans,she was my customer.CAROL was very nice and she liked M&M's,that's probably why she was so sweet.Carol loved her family and the 2 Granddaughters that came shopping with her.Lhandri & Saryn.What a wonderful person Carol was.Carol and I always texted each other on Holidays.
I will miss Carol alot.She was my customer but she was also my friend.
Rest In Peace My Dear Friend.I Will Think Of You Everytime I See A Butterfly.
Love,Margaret Garcia
Comment Share
Share via: 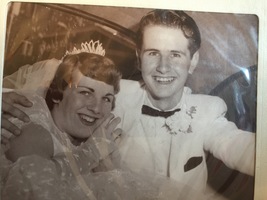