To share your memory on the wall of Virginia Jonson, sign in using one of the following options:

Virginia Annette McGowan Jonson was born in Geneva, Alabama, on April 8, 1930, to James and Jennie (Johnson) McGowan. She joined her beloved husband Carl on August 15, 2020.

Virginia Annette McGowan Jonson was born in Geneva, Alabama, on April 8, 1930, to James and Jennie (Johnson) McGowan. She joined her beloved husband Carl on August 15, 2020.

A child of the Depression, Annette was the sixth of six children. Her father died when she was four, and when she was old enough, she joined her siblings in helping to support the family. She worked in the family’s Geneva Cafe, and later picked cotton.

World War II found the family in Panama City, Florida, where one of her brothers worked in the shipyards. Annette spent her junior high years here, where she developed her lifelong love of beaches.

After the war, the family returned to Geneva, where Annette attended Geneva High School, working at the town’s theater on weekends and after school. After graduating in 1948, she worked for the phone company as a switchboard operator. It was here that she met Carl Raymond Jonson, who was stationed at nearby Fort Rucker Army Post. Every week, he would call his mother back in Colorado through Annette’s switchboard, and the two of them struck up a friendship that developed into a love story. After he was transferred to Sparta, Wisconsin, he mailed her engagement ring to her, and they were subsequently married on June 6, 1951, in Sparta, where Annette saw her first snow and discovered her love of northern winters.

After discharge from the service, Annette and Carl lived in Cheyenne, Wyoming, and Denver, Colorado. Annette worked for Montgomery Ward and learned to drive. She remembered loading her young daughters into the car (front seat—no seatbelts!) and driving up and down Colfax to practice. When Carl completed his training for the Colorado State Patrol in 1958, they moved to Wray, Colorado, and then to Yuma, Colorado, in 1959. They raised their three daughters, Carla Dean, Kathy Rae, and Jennifer Lea, in Yuma.

Annette continued to work in retail for much of her life. She decorated the windows for JC Penney in Yuma, a job she loved. She also worked for Snedeker’s, Denim and Lace, the Yuma Shoe Store, and other Yuma shops, as well as the Yuma nursing home and dry cleaners. She was active in Eastern Star, Okihi Club, and Extension Club. She served several times as election judge for Yuma County. Annette was a member of the Yuma United Methodist Church.

Carl passed away in 1985. In 1992 Annette moved to Atlanta, Georgia, and then in 1993 to Johnson City, Tennessee, to spend time with her daughters, Jennifer and Kathy. While there, she worked for Sears and as a hospital volunteer and developed new and lasting friendships.

Annette moved back to Yuma in 1998 to retire. There she renewed lifelong friendships, especially enjoying Swimmin’ Women, coffee with the girls, church, and walking her dogs. She volunteered for Meals on Wheels and served on the hospital auxiliary board.

Annette was preceded in death by her husband Carl; an infant son; her parents James and Jennie McGowan; brothers Ted, Earl and Leonard; and sisters Bernice and Elsie.

Arrangements are being made by Northern Colorado Crematory, 700 Eighth Street, Greeley, CO 80631, www.ncccremation.com. A Celebration of Life is being planned in Yuma for summer 2021, hopefully post-COVID-19, so that her far-flung family may join us.

Receive notifications about information and event scheduling for Virginia

There are no events scheduled. You can still show your support by sending flowers directly to the family, or planting a memorial tree in memory of Virginia Annette Jonson.
Plant a Tree

We encourage you to share your most beloved memories of Virginia here, so that the family and other loved ones can always see it. You can upload cherished photographs, or share your favorite stories, and can even comment on those shared by others.

Posted Aug 21, 2020 at 11:42pm
We are loving you & holding your hearts. Thank you for sharing your lives with us, and we are honoring your families legacy in love.

Oh Toby, thank you so much for doing this. I know Mom is smiling and her heart is full. We love you. 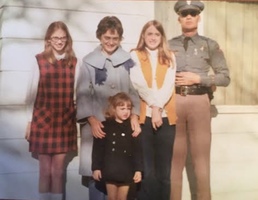 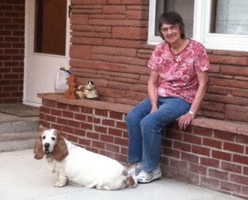 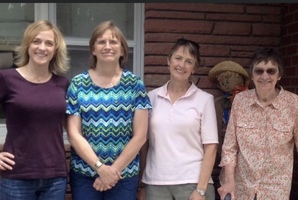