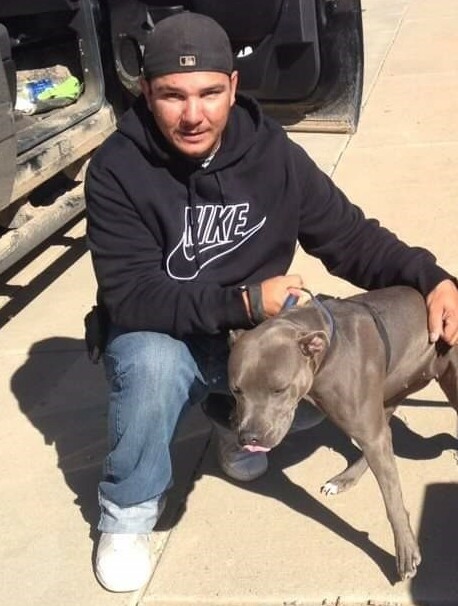 Joe passed away on February 1st, 2022 after a gallant fight with bile duct cancer.  Joe was 38 years old with a young beautiful family: Holly his wife, Kadance his 16 year old son, and Kooper Jayde his 2 year old daughter.  He was born April 12, 1983 and lived his life in Farmington, New Mexico.

Joe and Holly were true sole mates and welded together at a very young age.  Holly was the bride of his youth.  They grew together and overcame every obstacle in their young lives except cancer.  Joe worked in the oil field providing compressor station maintenance, and for Pesco, an oil field equipment manufacturer.

He was a friend to many, and an amazing husband, father, and son.  He loved the outdoors, and was a pretty accomplished fisherman.  He could often be found fishing from his john boat, working on Kade’s motorcycle, or holding; feeding; diapering; or just loving on Kooper.   He was Kade’s personal wrestling coach, and number one fan in everything he did.

To send flowers to the family or plant a tree in memory of Richard Gregory, please visit Tribute Store
Saturday
12
February