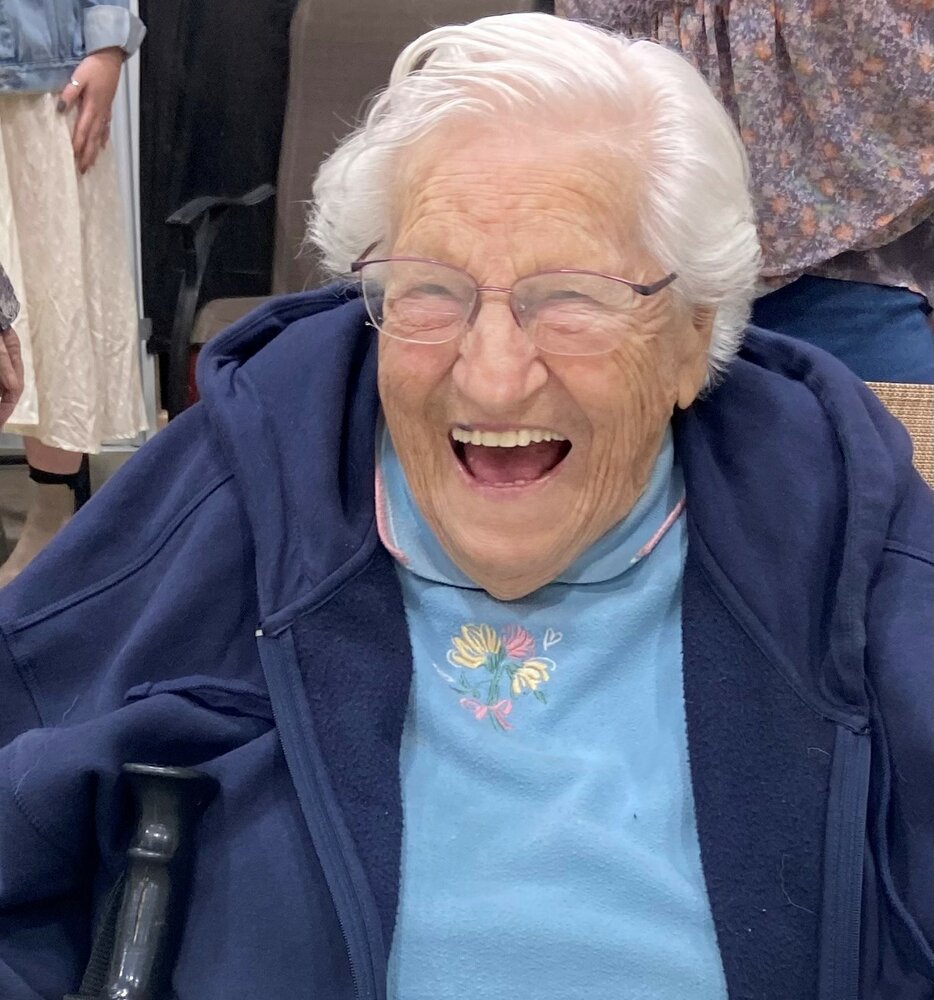 She had a passion for and loved all sports both as a spectator and a participant and she participated in track, volleyball, baseball and basketball and enjoyed ice and roller skating as well.

At the age of fourteen, Dottie’s mom became ill and so, she took on the role of raising her baby sister Kathy and helping in the family with “motherly” duties including cleaning, cooking and caring for the family.

When Dottie entered high school, she met Shirley (Staudinger) Skinner and Joann (Burscough) Wells-Gentry who would become her best friends, and those friendships continued throughout her whole life.

Due to her avid love of athletics, Dottie joined the pep club and was a member of GAA (Girls Athletic Association) She was a gifted athlete and on May 25, 1948, Dottie was presented with various athletic awards including a triple chevron, a gold star, a stately pin and the Most Outstanding Girl Athlete award. She was also a good student and she graduated from Greeley High in 1948. Her love of sports continued throughout her entire life and later in life, she became quite a Rockies and Broncos fan.

In high school she worked at the 18th Street Produce Potato Dock in Gilcrest, then Hess’s Drive In (Today known as JB’s) and as she got older, she was a dental hygienist for Dr. Hillincamp at the Greeley Building until she married, and then her sole purpose was to be a devoted wife, and mother, then grandmother and great grandmother and she truly filled those roles with grace and love.

Church was a huge part of Dottie’s life. The LaSalle First Presbyterian Church was where she was baptized on Easter Sunday in 1945. She then attended the First Presbyterian Church of Greeley (now known as Cornerstone Community Church) from 1948 to the present where she taught Sunday School, was a member of numerous Bible studies, a Stephen’s minister, a Deacon and her most valued role, a mighty prayer warrior. To quote Dottie at 18 years old, “I hope that throughout my life I will be able to live by the book of God and that I may help others to become interested in the church. If I have anything to say about anything, I will always try to serve the Church with the best of my ability and be true and faithful to it”.

In 1955 Bob and Dottie began the adoption process, and over the course of the next 12 years, they adopted 4 wonderful children as their own, Bobby, Randy, Lynnette and Jeannette and raised and loved them with all their hearts. Dottie especially, loved her role as mother as evidenced by her commitment to her children and her support and involvement in all their activities.

Dottie was an active Boy Scout den mother, Girl Scout troop leader, member of the Greeley Rainbow for Girls, taxi driver (in a big brown van), and an avid supporter and cheerleader for all of her children and grandchildren’s sporting events. She never missed a contest or activity when her children or grandchildren were involved.

The three highest priorities in her life were her faith in God and her role as a wife and mother. She was not only a mother to her own children but was affectionately known as “Aunt Dottie” by all her nieces and nephews, and she took an active role in their lives as well. She adored children and had a special love for babies witnessed by all when her eyes lit up while holding her grandbabies and great grandbabies.

Dottie was one of kind and touched the lives of everyone she knew. She was full of love for everyone and saw the best in all people and had a smile that would light up the room. Even those who met her briefly saw something special in her, and her love for Jesus and others was evident in all she did.

We are all going to miss her more than we can say, but we are rejoicing that she is with Jesus, and we know we will see her again. While our hearts and lives will never be the same, we thank God for the 92 years we were blessed with her, and the way she was able to bless so many others.

Dottie leaves a legacy of love for children, therefore in lieu of flowers, memorial gifts may be made in her name to The Resource Center for Pregnancy Support through Cornerstone Community Church located at 1321 9th Ave. Greeley, CO 80631.

To send flowers to the family or plant a tree in memory of Darleen Snidow, please visit Tribute Store
Thursday
24
February