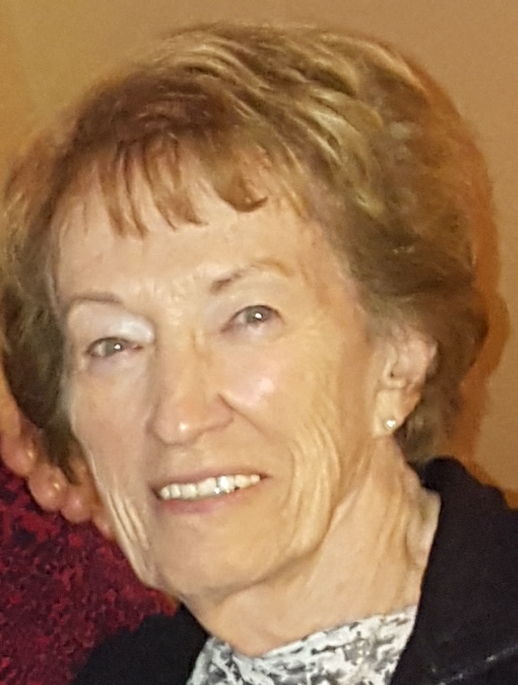 Elaine M. Straight went to meet her heavenly father and reunite with the love of her life, her husband, Allen W. Straight, on March 4, 2022 at the age of 87. She passed peacefully from heart failure at her home in Greeley, CO surrounded by many family members.

Elaine was born on October 18, 1934 to Doris and Robert Stanley in Detroit, Michigan. She attended Detroit public schools. She remained in Detroit raising her 6 children. In 1969 she moved to Phoenix, Arizona and remained there until 1980 when she moved to Greeley to be near her eldest daughter. This is where she met and married Allen spending 25 loving years together managing their apartments, traveling and spending weekends at their cabin in Red Feather. They loved the mountains, traveling many of Colorado’s back roads and taking road trips.

At the young age of 17, she was hired by the Detroit Free Press to draw fashion ads. During her life she continued her artistic talents drawing many sketches and oil painting scenic landscapes.  She also taught dance at Fred Astaire Dance Studios in Detroit. Her other hobbies included reading, gardening and she was an avid follower of politics.

While living in Greeley, Elaine worked for 25 years in Customer Service for the following department stores in Greeley: The Denver Dry Goods, Joslin’s and Dillard’s. She met many wonderful co-workers and customers who were lifelong friends. Many people will remember her for their beautifully wrapped gifts. Every crease and bow had to be perfect. Upon retiring, Elaine cared for her Greeley grandchildren, Adrianna, Krue and Kian, while their parents worked. Over the years they built an everlasting bond.

Elaine was a loving, kind, beautiful lady who never had an ill word to say about anyone except, jokingly, some politicians. She was a devoted wife, mother, grandmother, and great-grandmother. Her family was everything to her. She was preceded in death by her husband Allen in 2008. She is survived by her brother, David (Diana) Cowan from Tucson, AZ and sister, Beverly (Ken) Trevena from St. Clair Shores, MI.  Elaine leaves behind her children Pamela (Tommy) Davis-Thompson and Laura (Bob) Martin-Baxley from Greeley, Larry (Maggie) Brooks from Detroit, MI, Karen Brooks from Sun Lakes, AZ and Robin (Dave) Cansler from Mesa, AZ and step-children Charee (Greg) Voelz from Greeley and Marilyn (Steve) Lyons from Bixby, OK.  She delighted in seeing and knowing everything about her 14 grandchildren and 12 great-grandchildren. She was preceded in death by her sister, Carole Kalionzes from Culver City, CA and son, James Brooks from Detroit.

A private family graveside service will be held Monday, March 13th at Linn Grove Cemetery. Donations in Elaine’s memory can be made to St. Jude’s Hospital in Denver or the Wounded Warrior Project.

To send flowers to the family or plant a tree in memory of Elaine Straight, please visit Tribute Store