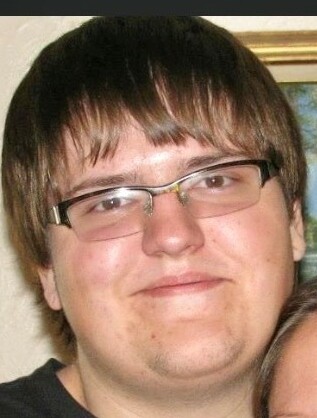 Zacory Scott Gabreal White,  passed  away tragically at the young age of 30.

Zacory does not have the typical story you read in the Obituaries. From the beginning his odds were stacked against him. Zacory had bipolar depression while struggling with substance addiction and had lived on the streets for the better part of the past 10 years.

There were many different iterations of Zacory.

To many he was the young odd homeless guy with a black cat and a grocery cart holding a sign around busy locations throughout Greeley, CO.

To police, EMTs, ER security guards, social workers as well as shelter, rehab and hospital staff, he was the quiet homeless kid with an odd personality, lots of trinkets, hobbies and a kind heart. Thank you to these individuals that took time to help him.

To his family he was a son, a brother, an uncle and a nephew. He was quirky, random, elusive and sentimental.  His unique personality made it difficult at times to get along with. Despite his flaws, we all loved him very much and never gave up on him.

Thank you to every person who ever dropped change into his hand or bought him a cup of coffee. Know that you did something valuable.

He is survived by his father Jeff White, step-mother Pamela White and niece Morgaine Crum of Kersey, CO.  His sister Amanda Hitchcock, brother-in-law Timothy Hitchcock, nieces Ashlyn and Isabella Hitchcock of Dallas, TX. He is also survived by a grandfather, cousin and two uncles. He was preceded in death by his mother Andra White, grandfather and three grandmothers.

At this time, there are no funeral services. In memory of Zac, the family wishes for you to do something positive for the next homeless person you encounter. Your kindness and charity makes a difference in their lives.

To send flowers to the family or plant a tree in memory of Zacory White, please visit Tribute Store