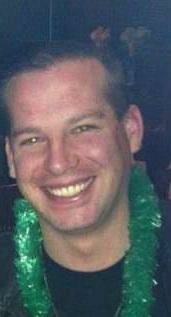 Seth graduated from Greeley Central in 2003 and attended AIMS Community College. In his youth, he enjoyed FFA, where he was a grand champion in showing hogs and cows. Seth had many talents and was very musically inclined. He played classical piano and composed much of his own music. Seth loved performing his pieces and had received a standing ovation for his work. Some of Seth’s greatest memories were spent on his grandparents’ farm in Oklahoma.

He was kind, generous, and always willing to help those in need. He was a natural caretaker and involved himself in helping the community. He volunteered at the Evans Fire Department for seven years, and gave his time to a Victim’s Advocacy program, as well as the Weld County Sheriff’s Department. He was a great uncle to his beloved niece Emma and nephew Ethan. Seth’s love for God was very important to him and he carried that throughout his life.

Seth had a great sense of humor and always wanted the best for others. His motto was to always “end your day laughing”.

Seth is survived by his mother Shiela Rickords and father Steven Rickords; his twin sister, Selena Rickords; his niece and nephew, Emma and Ethan; grandmother, Barbara Rickords; and many aunts, uncles, cousins and friends.

He is preceded in death by his grandfather, Norman Rickords; grandmother, Mildred Judkins; cousin, Stephen Demanette; his favorite uncle, Jerry Judkins; his much loved aunt and uncle, Carole and Ralph Muhlenbruck and his uncle Juan Espinoza.

There will be a mass for remembrance at St. Stephen’s Church in Exeter, Nebraska. A small farm community church that Seth’s family helped build. As well as a blessing service at St. Mary’s in Grand Island, Nebraska.

Seth’s cremains will be interred on his grandparents’ farm that he held close to his heart in Ponca City, Oklahoma.

To send flowers to the family or plant a tree in memory of Seth Rickords, please visit Tribute Store