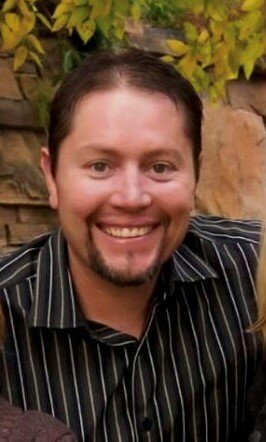 Jason was born March 28, 1976, the first of two children to Daniel Medina and Kathy McClung, in Denver, Colorado.  He graduated from Highlands Ranch High School in 1994 , attended the University of Northern Colorado, Metro State in Denver CO, and the Community College of Aurora CO.  He began his career with Stanley Steemer.

Jason married Kari Dotseth in 2003 and they had twin sons, Gabriel and Jacob Medina in 2004.  Together they raised a family of amazingly active and talented boys who excelled in academics and sports.  The boys won many national awards for their wrestling abilities, thanks in part to their dad’s support and coaching.

Jason loved to snowboard, fish, go boating, ride his motorcycle, and do things with his family.  He enjoyed mentoring and coaching kids in wrestling.

Jason was the Branch Manager for Stanley Steemer when he got married to Kari.  He continued to be promoted to more responsible positions over 18 years as an Operations Manager.  He and his family moved to Johnstown CO during this time.  He also worked with Western States Fire Protection out of Fort Collins CO working with both residential and commercial customers.

He was preceded in death by his mother, Kathy McClung.

To send flowers to the family or plant a tree in memory of Jason Medina, please visit Tribute Store