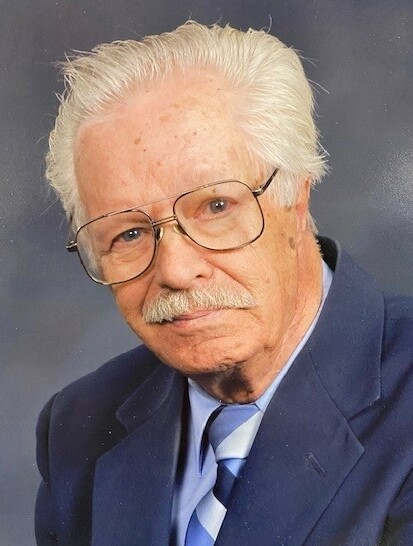 Merwyn was born on January 12, 1933 to father, Edwin McGuire and Inez (Jones) McGuire in Pratt, Kansas. He was married to MaryLou McGuire and together they had four children.

In his later years, Merwyn was active in his community and church. He was a member of Faith Lutheran and attended the Johnstown Breakfast Club every Tuesday. He was a member of the Johnstown City Council and enjoyed attending local sporting events held at Roosevelt High School in Johnstown, where you were sure to find him rooting on the home team. He was passionate about his gardening and had an abundance of beautiful roses to show for it.

Merwyn is preceded in death by his wife, MaryLou; parents Edwin and Inez, and his brothers, EJ and Dickey.

Services will be held at Faith Lutheran Church in Johnstown, CO on August 27th at 11am.

To send flowers to the family or plant a tree in memory of Merwyn McGuire, please visit Tribute Store