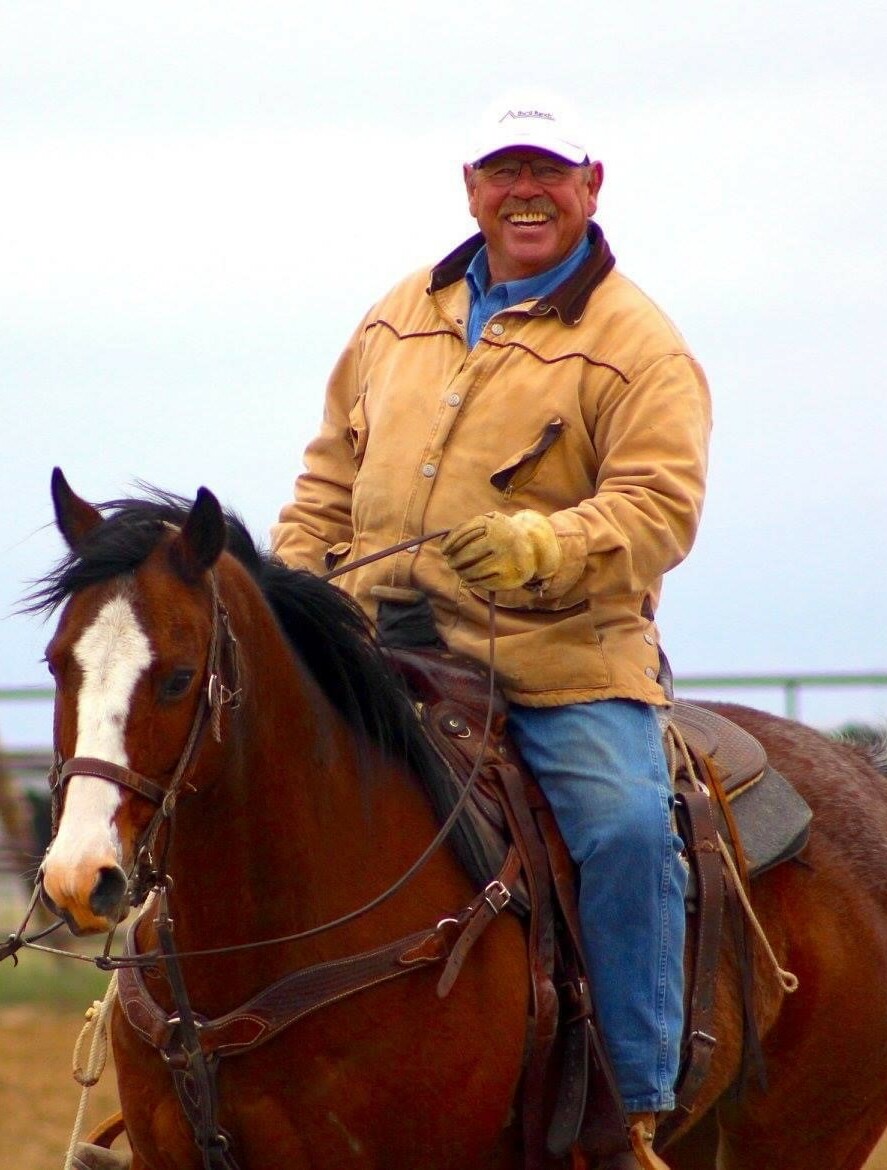 Richard “Rick” Eugene Burd, 71, of Eaton, passed away on August 9, 2022, at the University of Colorado Anschutz Medical Center in Aurora, Colorado. Rick was born on December 31, 1950, in Burlington, Colorado to Orval and Kathryn (Waldron) Burd. Rick grew up in Vona, Colorado and graduated from Vona High School in 1968 where he played football, basketball and baseball. After high school, Rick attended Colby Community College in Colby, Kansas to play basketball. He later attended Colorado State University in Fort Collins, Colorado while working for a farmer west of Ault. In 1978, Rick began working for Farmers National Bank in Ault, Colorado as a Loan Officer. Rick rose through the ranks becoming Senior Vice President of Ag Lending. In 1991, Rick purchased a farm east of Ault where he ran a cow calf operation and farmed. In 1993, Rick married the love of his life, Karen Williams-Simpson. After they were married, Karen and her children, Jake and Lisa Simpson moved to the farm and helped build it over the next 22 years.

Rick was a Banker, Farmer, Rancher, Cowboy, accomplished Fly Fisherman, Team Roper, Dutch Oven Cook and avid Golfer. When Rick took on an activity or hobby, he totally immersed himself until he mastered it.

Rick was a great friend who loved swapping tales with people on the golf course, around the card table, on the riverbank or in the roping arena.

He is preceded in death by his parents, Orval James Burd and Kathryn Joann (Waldron) Burd.

A celebration of Rick’s life will be held on Saturday, September 3rd at 5pm at Burd Ranch, the ranch Rick loved.

In lieu of flowers, donations can be made in Rick’s honor to a non-profit that is near and dear to our family. You can make checks payable to: “Moving to End Sexual Assault” or MESA

To send flowers to the family or plant a tree in memory of Richard Burd, please visit Tribute Store