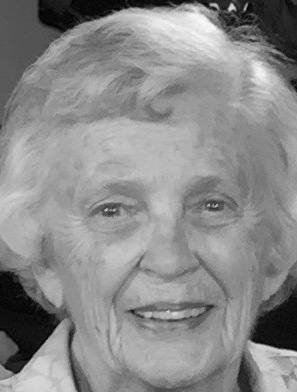 Karen was born to Jorgen and Gertrude (Dykstra) Kolberg on a farm in Yankton County, South Dakota.  She and her brother Bob were just “one year, one month and eight days” apart.  In 1930 both Karen and Bob began school at the one room “Inch School” which served children from kindergarten through eighth grade. Bob often made Karen prove herself worthy of joining the “all boys club” by doing daring feats like jumping over a barrel, lying on a train trestle or playing “barn ball”.  She survived the tests and also lived to tell about the Great Depression (“We were lucky – we had enough to eat”) and having her date at a movie interrupted with the announcement of the bombing of Pearl Harbor. She graduated in 1943 as the class valedictorian of Gayville High School.

Karen attended Southern State College, taught grades K-8 at the one room school she had attended as a child, and helped her parents on the farm until the end of WWII. After the war she boarded a Greyhound bus headed to Greeley to begin her studies at Colorado State College of Education (now University of Northern Colorado). One Sunday evening she and her sorority girlfriends were having dinner at the “Bru-in'' when her future husband, Hank Markus, walked in and spotted her.  He asked to walk her home. She refused, telling him “I came with my girlfriends and I am going home with my girlfriends”.  He began phoning her and after 11 calls she agreed to a date. They married in May of 1949.

Karen graduated from CSCE and became an elementary teacher specializing in kindergarten for District Six.  She worked in several different schools until her retirement in 1979. One year she was assigned to a school primarily teaching an underserved population. That year she brought clothing and other supplies to students in need. She started each day with a hug for every child telling each of them “I’m so glad you are here” and ended every day with a hug and the phrase “I hope I see you tomorrow”.

Karen loved to travel, play bridge, bingo, and volunteer.  As a 30 year volunteer for RSVP Karen was often “shopping for seniors” who were much younger than she was.

She had a few mottos in life.  One was “Live every day to the fullest”;  another was “Be Kind”.

She wanted the following poem by Helen Lowry Marshall be included in her Obituary:

A memorial service will be held at First Christian Church in Greeley on October 29, 2022 at 1pm.

Karen would be thrilled if you volunteered or donated to RSVP, Weld Food Bank or any organization where you are in service to others.. Her greatest wish would be for you to take your grandmother (or any other special friend or relative) out for ice cream.

To send flowers to the family or plant a tree in memory of Karen Markus, please visit Tribute Store